I have been attending this wonderful event at historic Greenfield Village for over a decade now and I never tire of it. With this being the first major event of the season, I get to see many friends that I haven't seen in over half a year, and that's always a good thing. Since it's not only the first one of the season for most in this area of the country, it's also probably one of the more anticipated events, from the planning meetings back in February through lining up in our cars hours before they let us inside. Everyone seems to be filled with excitement clear up until our worn out bodies - especially feet! - are dragging while we tear everything down three days later.
It's all good moods though, you know? We're all just so very happy to not only be back in the world of living history, but doing it at historic Greenfield Village! Being allowed to camp and reenact amongst dozens of historic homes and buildings from the 18th and 19th centuries is as good as it gets.
Well, they say a picture is worth a thousand words, so, as I have done in previous years, my review of Civil War Remembrance consist of a few hundred thousand words...
Hope you enjoy it!


Some folks did a full-immersion and kept their conversations period-correct, though most just wanted to have a chance to visit in a unique historical setting.
Here is a description of what it was like at this very same tavern from one who was here 150 years ago:
“It was a very popular place and supported the finest ‘orchestry’ music in that part of the country, especially the violin…of whom was one Ray Anthony Niles, who was a pattern of old Beau Brummell of ancient times. He played the violin that charmed all his hearers, and helped to make that old tavern popular.”
Obviously, we didn't have Ray Anthony Niles playing the fiddle, but we, instead, had JJ, who played the popular tunes of the day, and that was the perfect touch that brought out the realism.
Then again, maybe it was Ray Anthony Niles...
Anyhow, the following is a quick-clip I snuck of our fiddler.
Seems like old times, doesn't it?


A reenactor from the Sally Port Mess, an authentic living-history group based out of Historic Fort Wayne in downtown Detroit, came up with the idea of a welcome home celebration, where folks from the homefront stood and cheered our boys as they exited the train at the train depot, home at last after fighting many battles during the awful war.
It was very well done and many who participated said it was one of the best scenarios they had taken part in. I must agree - - it's wonderful when civilian and military can come together to recreate a scene in an authentic manner that happened a century and a half earlier in such a respectful way.
I was proud to be a part.


As you can see by the few pictures here, it was a well-done affair. My hat is off to Mr. bevard and all of the hard work he put into this.

Greenfield Village always holds a Grand Ball for Civil War Remembrance participants, and I thought you might like to see a few of the photos from this year.

The following two photographs were taken at the ball by fellow living historian Elaine Masciale. She has captured the essence of this evening that I have not been able to, and I thank her for the use of her photos. 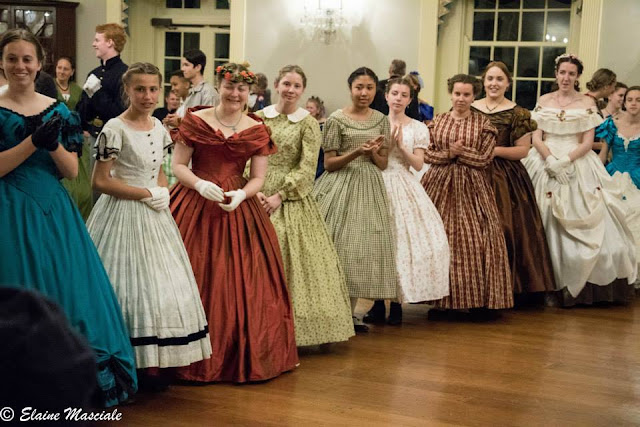 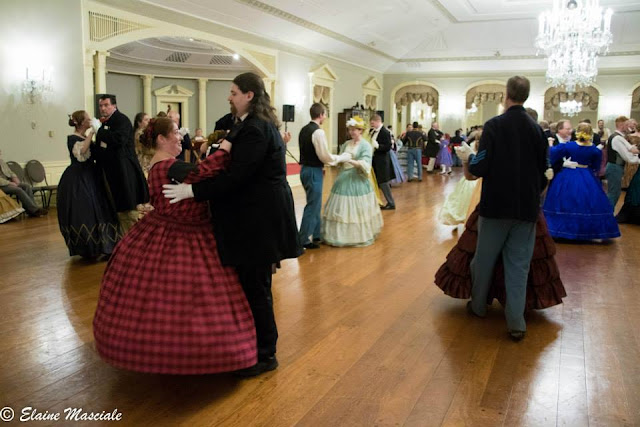 And how about a video clip of the Grand March:


Back in the Village, we have a familiar face...the proprietor of The Victorian Needle:

One of the most moving of all tributes I've seen is the Memorial Day/Decoration Day ceremony held on Memorial Day Monday. Tribute is paid to not only the Civil War soldiers, but to all military personnel who had died in all of America's wars.


There you have it. Just a few of the many pictures that I took (along with friends photos) to help give a general overview of this most splendid event. It seems that everyone I speak to that was there says the same thing: the best Greenfield Village ever.
And I believe it was as well.

And now, time for some blooper/out-take pictures that will hopefully bring a smile to your face.