The following journal/diary entries are taken from the book "Michigan Voices." It's a fine collection of Michigan history stories compiled by Joe Grimm, written by those who lived it. This is the third in my series of Michigan/midwest social history entries - my attempt to breathe life into the folks who once lived in this general area in the mid-19th century.

In the mid-19th century, Michigan schoolhouses were one-room buildings, and the teachers were mainly young single women who were paid $3 to $5 a week in the wintertime, and $2 a week during the summer months. Most teachers boarded at pupil's homes - a diiferent home every week or month, depending on the agreement made - which could be very lonesome for the young girls, whose families were likely many miles away.

This first collection is from the 1857 journal of Elizabeth Wilcox, age 22, a homesick teacher living in Macomb County (the county, north of Detroit, in which I now reside!):


July 5 - Mr. Cone came for me. I was soon ready and in a short time arrived at my new home, when I was possessed with a feeling of loneliness which I could not overcome. And to-morrow morning I am to enter upon my duties for the coming summer. 'Tis a dread.

July 6 - A little more reconciled to my lot. To-day I met eight of the scholars that are to be trusted in my care for a few weeks. Eight strange faces and as many different dispositions to become acquainted with.

July 10 - At Mr. Hill's again to-night. Oh dear me, the miseries of school teaching. Here am I, afflicted most to death with the toothache. And what is still worse, I have been obliged to play sociable for the last two hours. But to every day there follows a bedtime and how glad I am it has come so early to-night. Now I am left to myself. No one to speak to me and if there was, I should be uncivil enough not to answer.

July 11 - Back again at Mr. Cone's. It is almost as good a home as my own. I could ask for no better, at least no person can find better when away from their own home and friends.

July 13 - To-day I had five new scholars. To-night am to Mr. Gibson's. I made my appearance unexpected to them as the little boy forgot to tell them I was coming. 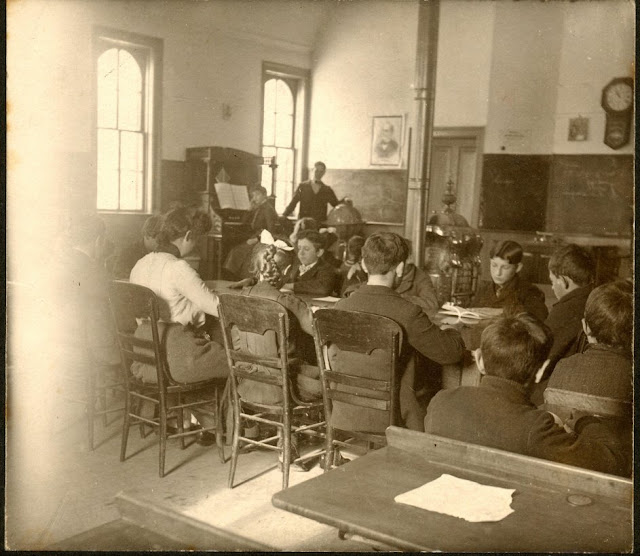 July 14 - To-night went to Mr. Brant's from school. Never before has my courage so failed me as it did the moment I entered his house. Mrs. B. came running up as though she was going to take off my bonnet and shawl for me and at last pointed me to a seat. I soon found there was to be no formalities as each one was to help themselves. After dinner, a brother of Mr. B's came. Just returned from Kansas. Also two gentlemen from Detroit and one from the old country. All gentlemanly appearing Dutchmen. All was gibberish and jabbering, and with the tobacco smoke which I had to endure, for all were smoking. Was a little more than I could stand, so I excused myself to Mrs. B and made my way back to Mr. Cone and here I shall spend the remainder of the night unless there is an army of Dutchmen coming or something else of importance to prevent.

Miss Wilcox overcame her homesickness and taught in Macomb County until 1862, when she married Charles King and moved to a farm near Port Huron, Michigan.

Next we have Eliza Moore, a young lady who was living on her family's homestead farm, located between Belleville and Pullen's Corners (now Romulus) Michigan (about 22 miles west of Detroit). Word came to her that Smithville, located in Hillsdale County, near the Ohio border, needed a teacher.
The following comes from Miss Moore's 1866 diary: 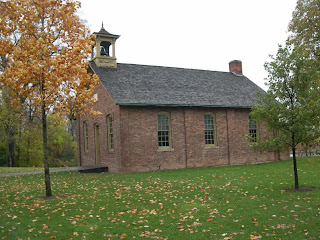 Scotch Settlement School of Dearborn, Michigan - built in 1861 - now located in Greenfield Village. This is not the schoolhouse in which Miss Moore taught.

Jan. 2 - Father and (brother) Jasper butchered three hogs and started with two of them for Detroit about 9 o'clock this evening. I don't envy our folks their ride to Detroit tonight.

Jan. 3 - Our folks came home about dark, cold, tired, hungry, and sleepy, which is apt to be the case in riding so far. They sold their pork for $11 per hundred weight. Oats 37 cents per bushel; butter 31 cents per pound, eggs 35 cents per doz. Mother and I knitting in the evening. Our folks gone to bed.

Jan. 6 - J.L. from Smithville came here in search of teacher for Smithville school, their teacher having left.

Jan. 18 - About 11 o'clock Mr. B from Smithville came to see me about teaching school there. I agreed to teach for $5 per week and board to commence next Monday.

Jan. 21 - Very cold this morning, almost too cold to venture out, but teachers must go in all kinds of weather. Father started about noon and had rather a cold ride. The roads are so icy that it is very hard traveling for a horse.

Jan. 22 - School commenced this morning. I have 25 scholars of all ages and sizes. They are strictly speaking rather a rough set, but I hope they will improve. There is plenty of room for improvement. One of the inspectors called at school this morning. He asked me some questions this evening and is to give me a certificate.

Jan. 29 - Instead of washing day as usual, it is school day. I have several large boys who all seem to try to study, for which I am very glad. I was intending to go to Mr. L to-night but it is so sloppy that I went to Mr. B, which is not so far from the schoolhouse. I have now 38 - rather a larger school than expected.

Jan. 31 - Some colder this morning and not as good a fire at the schoolhouse as Freddie generally has.

Feb. 5 - Now have all the scholars that the schoolhouse can conveniently hold and now I have to crowd them together as I have 89 names.

Feb. 9 - Another sleigh ride to school this morning. I am lucky. School has passed off as usual except the smoke the stovepipe has given out, and we had more smoke than I agreed for, but it was not as bad as might be.

Feb. 20 - A teacher living around has a good opportunity of observing the government of children. How many different ways there is of doing the same thing and no two persons govern alike. I can tell by being a short time in a house whether obedience from children is through love or fear, and there are some who have no government at all. I like to see people at home to judge of their good qualities or bad ones. Some have two faces, one for home and one for abroad. The face at home is usually clouded by a frown and every word is harsh. But while they are away, smiles are on their faces always, and all say what a pleasant person that is, but little do they know the real character. 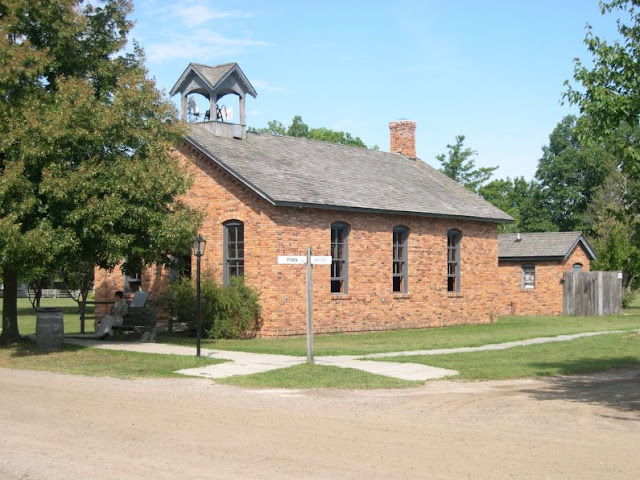 
I hope you have enjoyed this excursion into our social past. And, more importantly, I hope it helps to bring the past to life for you as it does for me!