Just What Is An Antique Anyway?

Can someone tell me what an antique is? Does it have to be a certain age? And if so, who decides what is antiquated?
The reason why I ask is, well, I collect antiques. Oh no, not great works of art or anything like that. Not even "fine" pieces of furniture.
I'm more like Henry Ford: I collect everyday objects that people probably didn't think twice about but were used daily. For example, I own a great (or walking) spinning wheel. As near as I can figure, this wheel is from the early 1800's - probably the 1820's or '30's. And, it is pretty big - almost as high as me. It was purchased on Ebay at a very low price ("people have no room for these larger wheels," was the reason given for its low tag). It is definitely an original and, because of the information given at the time of purchase, I was able to research its history and found that everything fell into place, so, yes, I am quite certain of its age. 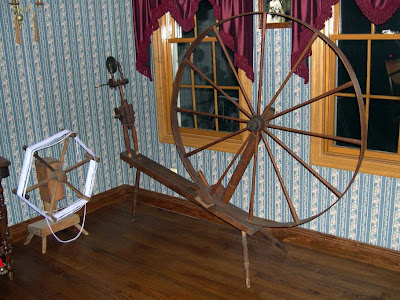 Another piece I picked up - quite recently, in fact - is a corner cabinet. A couple of friends visited recently and both called it a "primitive." What excited me initially were the squared nails used in the making of this piece, meaning almost certainly it is from before the Civil War. 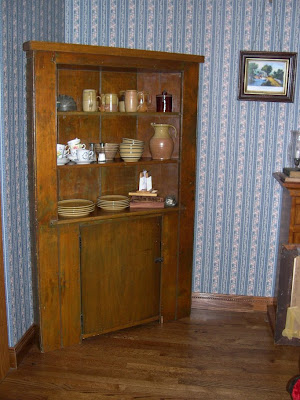 I also have a dresser that, from what I can tell is from the 1850's/1860's, as well as numerous others antiques - a 'what-not-shelf' circa 1860's, a yarn winder from the mid-19th century, a settee from the 1890's, and a few more that I haven't listed here.
My wife and I allow ourselves one (maybe two, depending on the cost) antiques a year, and have done so for the past several years. It's quite fun, actually, to search out and actually own something that has been around for so long. One cannot help but wonder where these objects were kept all this time: was the great wheel displayed proudly because great great great grandma once spun on it? Or was it hidden away in an attic, forgotten about until the old homestead was to be sold and it had lost its meaning?
Did a proud farmer build the corner cabinet for his wife because, during the depression of the late 1830's and early 1840's, they could not afford to purchase one? Or did he build it because that's what folks did back then?
What room did the brass candle holder that I now own light up in the age before electric lighting? And, again, where has it been for the last twenty decades?

Now, this brings me to my original question - what constitutes an antique? Some folks will call virtually anything old an antique. I still have the complete Detroit News and Free Press newspapers from when John Lennon died. They are nearly 28 years old. Antiques? How about my Schafer 'Supremes' White Bread wrapper (with the caricatures of Motown's "Diana Ross and the Supremes" upon it) from 1966? This is over 40 years old. Is this an antique? 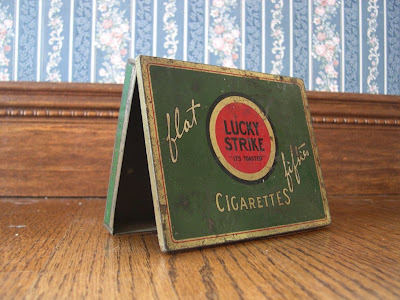 According to the 'professionals,' an antique is "an item which is at least 100 years old and is collected or desirable due to rarity, condition, utility, or some other unique feature. Motor vehicles, tools and other items subject to vigorous use in contrast, may be considered antiques in the U.S. if older than 25 years, and some electronic gadgets of more recent vintage may be considered antiques." Makes sense, especially when one considers how old objects in Europe are in comparison. But, are we making exceptions, maybe, for monetary purposes? Consider the Beany Babies - those little stuffed animals kids and adults went nuts for around 10 years ago. The companies that produced them purposely put out a lesser amount of certain titles (the purple princess one comes to mind) for the sole purpose of collectibility - to make them "rare." Would these be considered antiques today? How about the first Santa Bears from the 1980's (or was it the late 1970's)? Are those considered antiques?

Here's another definition: an antique is an old collectible item. It is collected or desirable because of its age, rarity, condition, utility, or other unique features. It is an object that represents a previous era in human society.
Ah...now I am beginning to see some light. "Collectibles." People - especially dealers out to make money, are intertwining something that is considered a collectible with an actual antique.
It seems to me that an antique is whatever someone declares to be one, even though it could be just a collectible.
Well, I guess in my opinion it looks like my John Lennon newspaper, Supremes bread wrapper, and Lucky Strikes tin have a few years to go before they can be called antiques.
But, my spinning wheel, corner cabinet, settee, and other objects that are from the turn of the 20th century and before are truly and legitimately antiques.
I would love to hear others' thoughts on the subject.